If Ibiza is known for anything, it is for its world famous night-time atmosphere, as everyone knows that this island is considered a Mecca of electronic music. Hundreds of world famous DJs come to the island each season to offer their best sessions, and even the lesser-known artists become famous after the honour of playing at the most fashionable nightclubs on the island. It is no surprise that these are the most-visited dancefloors in the world, as each year thousands of fans of this music choose Ibiza as a destination for dancing as long as they can.

Dancing is of course the most popular activity on the island, and can be carried out anywhere at any time of day. Beach Clubs, for example, have recently become a growing business, offering large and small scale sessions so that you can dance on the sand in the daylight, accompanied by great gastronomy, while when night falls, the most famous clubs open their doors to allow the best techno music to be enjoyed.

Pacha is one of the most select clubs, with several dance floors under the roof of a former farmhouse. People have danced here since 1973, making the place legendary in the Ibizan scene. Privilege (successor of the legendary club Ku) and Amnesia are the other two major clubs of the scene which have contributed to the musical history of the island, and which currently play the current hits with international parties which make it impossible not to dance. Finally, Es Paradis must be highlighted, one of the most seasoned nightclubs of Sant Antoni, for dancing until dawn. These are some of the establishments which have helped to form Ibiza’s fame, but whatever the size of the establishment and its location on the island, anywhere is a good place if you want to dance. 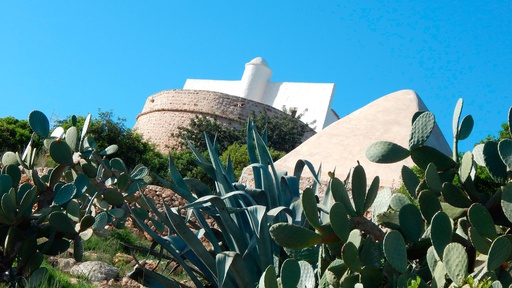 Approximate exchange rate, valid for information purposes only. We would remind you that according to the applicable legislation, payment is to be made in local currency, and in Cuba, in Cuban Convertible Pesos (CUC) only.
Contact

Enter one of the two fields

Enter at least one of the fields